The Alaska Staff Development Network (ASDN) conducted its eighth annual needs assessment in February, 2013. Online surveys were sent to 3,440 past participants in ASDN staff development activities. Surveys were also sent to 202 network representatives in every school district in the state. ASDN Network representatives are central office leaders designated by superintendents each year and key leaders from educational organizations around the state. 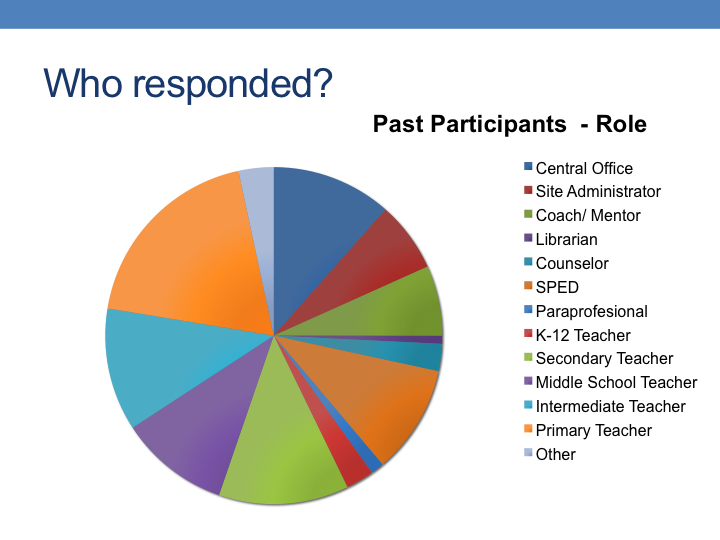 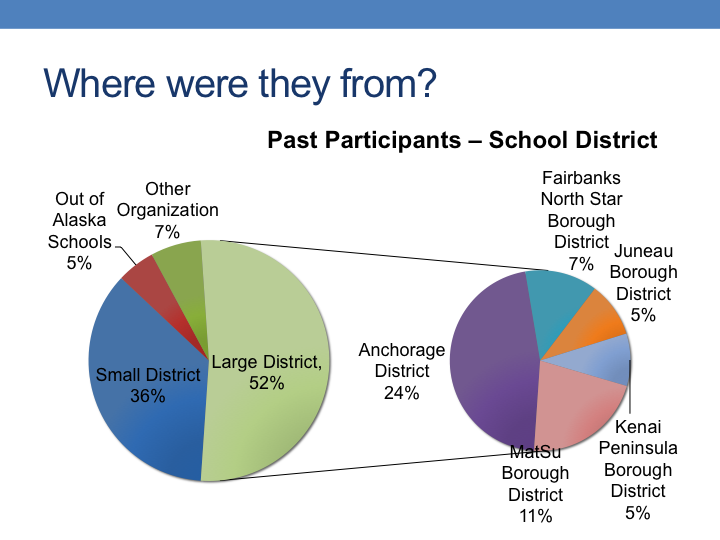 We were very pleased that approximately 90% of the survey respondents said that they were satisfied with our professional learning opportunities, that the professional development resulted in new knowledge or skills, and that their new learning will improve student academic outcomes. 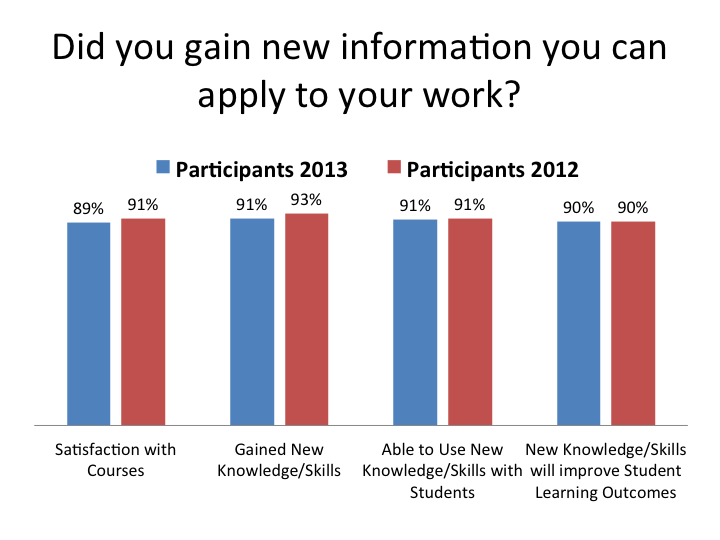 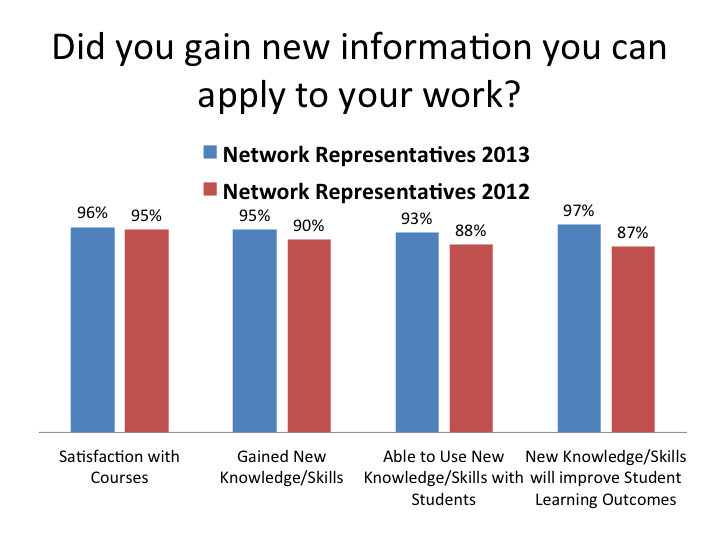 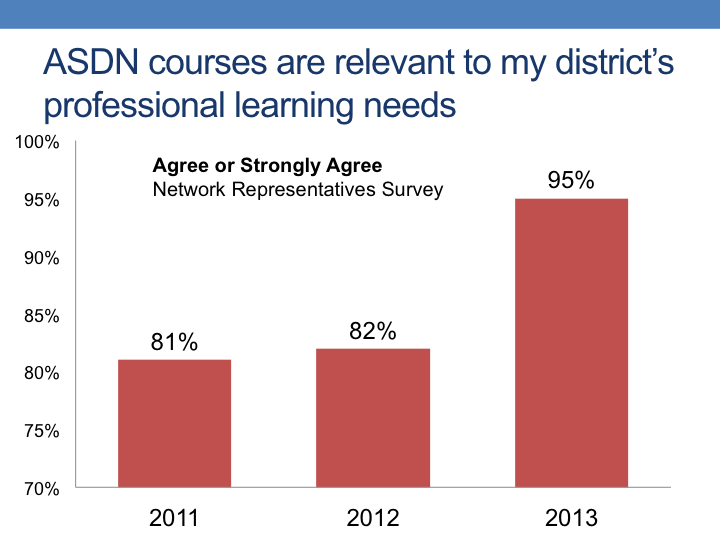 The percent of respondents who indicated they would “probably” or “definitely” participate in future ASDN professional development increased from 76% in 2011 to 84% in 2012.  It remained constant at 84% in 2013. 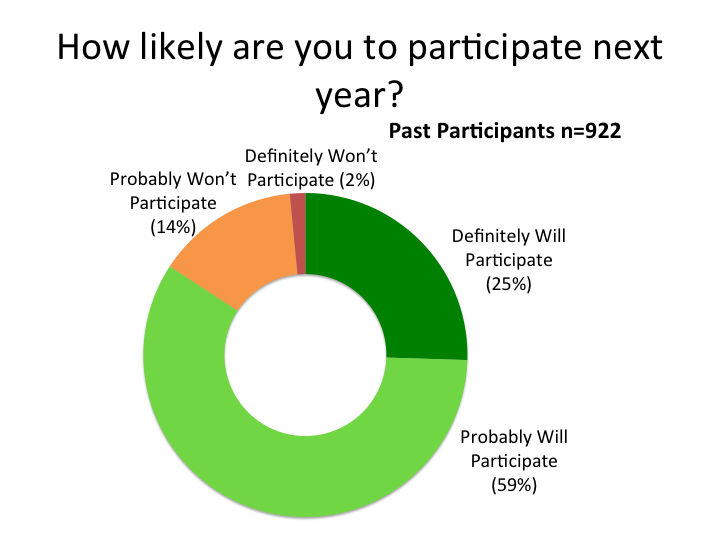 For participants, Effective Teaching Strategies, Using Technology in the Classroom, RTI, Positive Behavior Management and Implementing the New Alaska ELA and Math Standards had the most interest.

The most pressing topics for network representatives were Using Data to Improve Student Achievement, Effective Teaching Strategies, Using Technology in the Classroom, RTI,  and Implementing the New Alaska ELA and Math Standards.

The only difference between the “top five” for the two groups is that the past participants (primarily teachers) cited Positive Behavior Management as a priority area whereas the Network Representatives (primarily district office staff) requested Using Data to Improve Student Achievement. 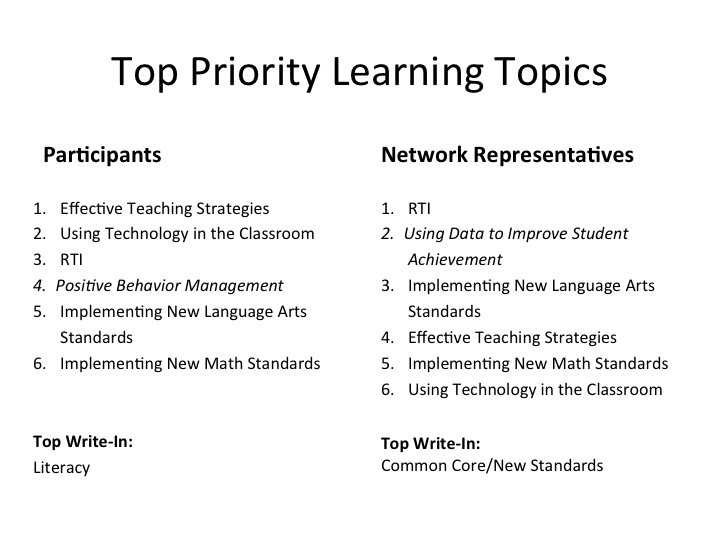 We would like to thank everyone who contributed for all your opinions, good ideas and constructive criticism!